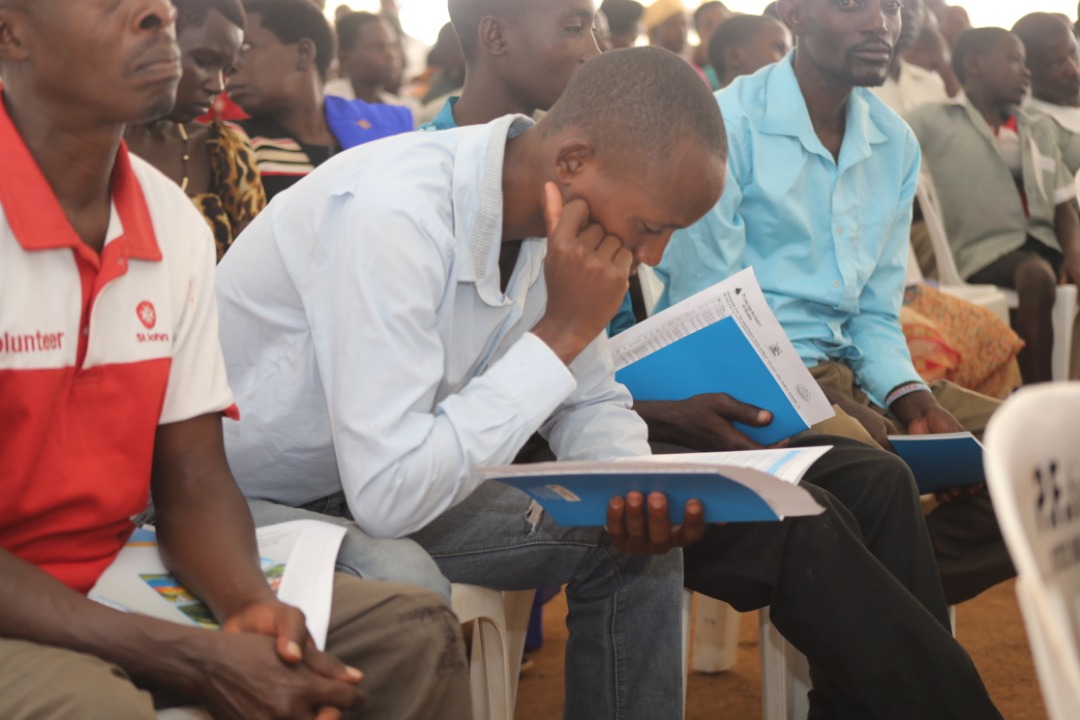 In Mid-June this year, Petroleum Authority of Uganda (PAU) organised public hearings in Kikuube and Hoima districts to get the public views about Environmental and Social Impact Assessment (ESIA) report for Kingfisher oil field in Kikuube district.

CNOOC Uganda which was licensed to operate Kingfisher oil field contracted Golder Associates and Eco to conduct ESIA on the development of the oil field.

The public hearings were overwhelmed by public concerns of environmental degradation and threatened community livelihoods by displacements, lack of jobs and failure to get market for locally produced goods.

Kadri Kirungi, the Hoima district Chairperson said that those affected by oil projects are miserable due to lack of financial literacy skills to improve their livelihoods.

“People who were displaced in the land earmarked for the oil refinery received a lot of money for compensation but today they are the poorest in the district,” Mr. Kirungi said.

The district chairperson also asked government and oil companies to give primary consideration for jobs and business to communities hosting oil developments so that they benefit.

“Poverty has hit us despite having these projects. Please change and give us economic benefits,” he said.

Buhaguzi county Member of Parliament, Daniel Muhairwe noted that speculators are grabbing land, which has pushed residents to the wetlands and forests for survival. He asked government to give land titles to customary land owners who are being displaced by speculators who he said are obtaining titles fraudulently.

“If a person’s land is grabbed, he will not fail to encroach on a wetland or forest for survival,” he lamented.

Betty Bagadila, a resident of Kaiso-Tonya in Buseruka Sub County in Hoima district said the report did not address challenges of women such as long distances to fetch water and firewood.

“Natural forest cover is being degraded by the oil developments and even some water sources have been affected. This has a great bearing on women who are responsible for collecting firewood and water. They are already walking long distances for the same. So, how shall we as rural women benefit from the project yet you are not addressing our challenges,” Ms. Bagadila asked.

Others expressed concern that CNOOC Uganda did not outline how it planned to avoid or mitigate the effects of oil spill on Lake Albert, its catchment and other ecosystems.

The Retired Bishop of Bunyoro Kitara Diocese, Reverand Nathan Kyamanya noted, “I expected risk management for unplanned events to be included in this report because it concerns my life. They are telling us that they have it in mind but we want it here because we want to know.”

NEMA Deputy Executive Director, Christine Akello agreed that the oil spill threats are real but she observed that they could be avoided with proper plans.

The Kingfisher ESIA report states that during the development of project, there is a risk of water, soil and air pollution, degradation of vegetation, displacement of people and disturbance of previously unidentified cultural sites.