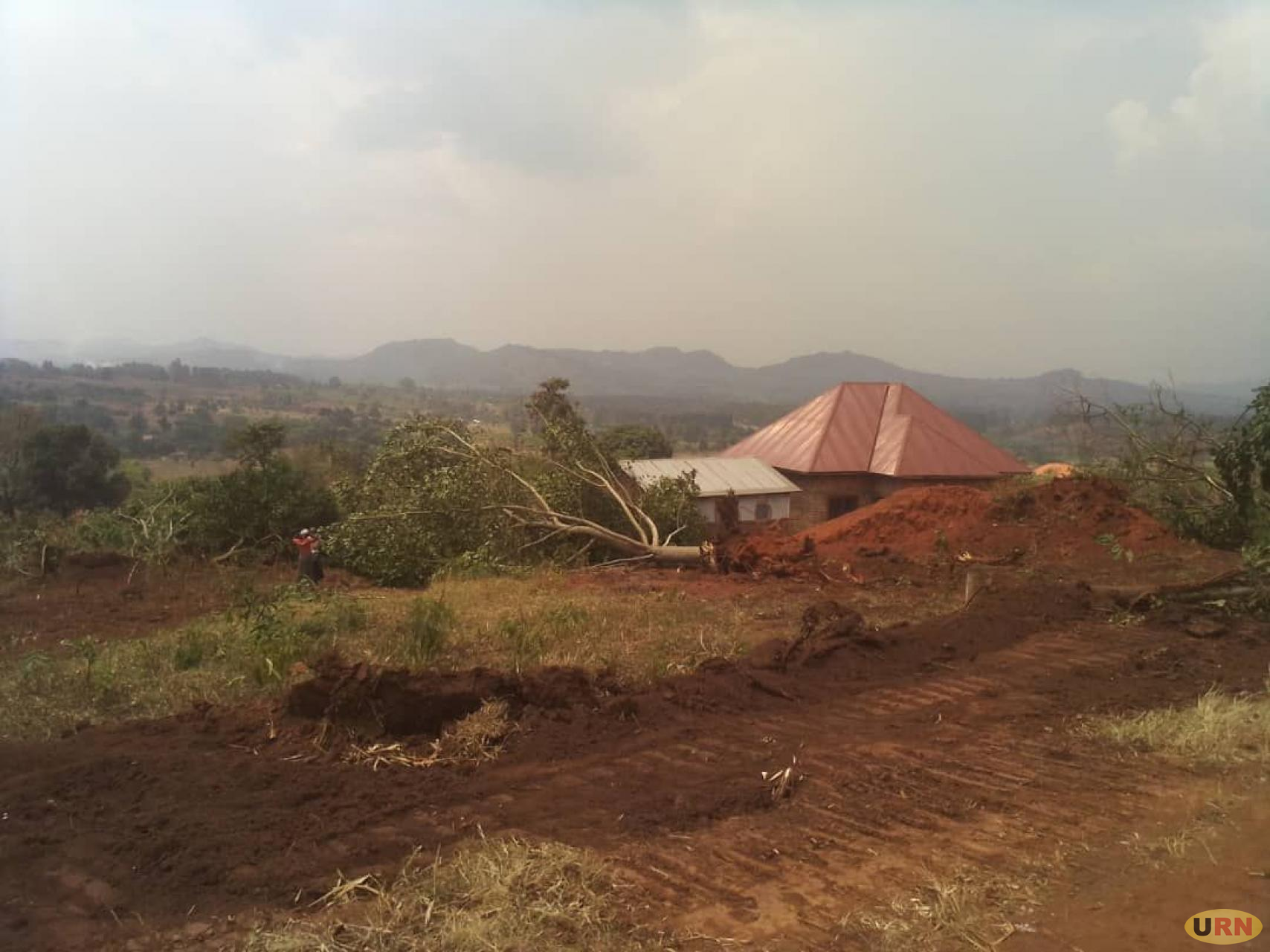 More than 1,000 families in Gayaza sub-county Kyankwanzi District are facing forceful eviction from their ancestral land.

The residents are feuding with Linda Nyakairima, the widow of the late Internal Affairs Minister Gen.Aronda Nyakairima who is alleged to have fraudulently acquired a title for the land measuring about 5 square miles.

The residents say for long they have been threatened with forceful evictions from their ancestral land by Mrs. Nyakairima.

According to the residents, they have settled on the land since the 1940s and wonder how the family of late Aronda is claiming the land.

This compelled the aggrieved residents to protest by blocking all the roads leading to the land using tree branches, logs, and stones among others paralyzing business for several hours.

Racheal Kawala, the Wamala Region Police Spokesperson says that they rushed to the area after they received information that the aggrieved residents had blocked the Nkoko-Kiboga road.

According to Kawala, the land conflict between the family of the late Aronda and the locals has been on for a long time. She adds that the police are not in possession of any eviction order in the area.

“This land conflict has been on for so long and currently we don’t have any court order with us allowing any eviction to take place. We are also seeing what is taking place without our consent. We only rushed there to quell down the protest where the aggrieved residents had blocked the road not allowing anyone to go through; said Kawala.

Godfrey Walakira 60, one of the affected residents in Kyerere North village who was born and raised up on the land wants government of Uganda to intervene and investigate how Linda Nyakairima acquired the land title.

Retired Captain George Ssenyonyi who was born in 1951 says the situation is currently tense as people are left without food.  He wants the Office of the Prime Minister to immediately intervene and halt the eviction.

Hannington Nsibirwa 50, a resident of Kiyuni central says several acres of his Banana plantation have been destroyed by the Graders. He wants the government to investigate circumstances under which soldiers have connived with late Aronda’s wife to forcefully grab their land.

Leosam Sebalunzi, the LCIII Chairperson questions how the family of late Aronda Nyakairima acquired the land without the consent of the leaders. He says when they tasked the family to produce a title for the land, they were threatened by soldiers.

In 2018, Linda Nyakairima, appeared and recorded a statement with the Commission of Inquiry into Land matters.

This was after, Justice Catherine Bamugemereire, the Chairperson of the Commission summoned her for questioning in relation to a piece of land that was bought by her late husband.

The commission then received complaints from several families in Kiboga district who were ordered to vacate a 640-acre private mailo land that Aronda, wanted to acquire for private investment.

The land was initially registered as a private Mailo property in the names of late Matayo Kidimbo Mpanga on March 9, 1931.

But the late Gen. Aronda reportedly paid Gideon Kibirango, who claimed to be the rightful owner of the land before Mpanga’s grandson Ibrahim Lumu contested the transaction.