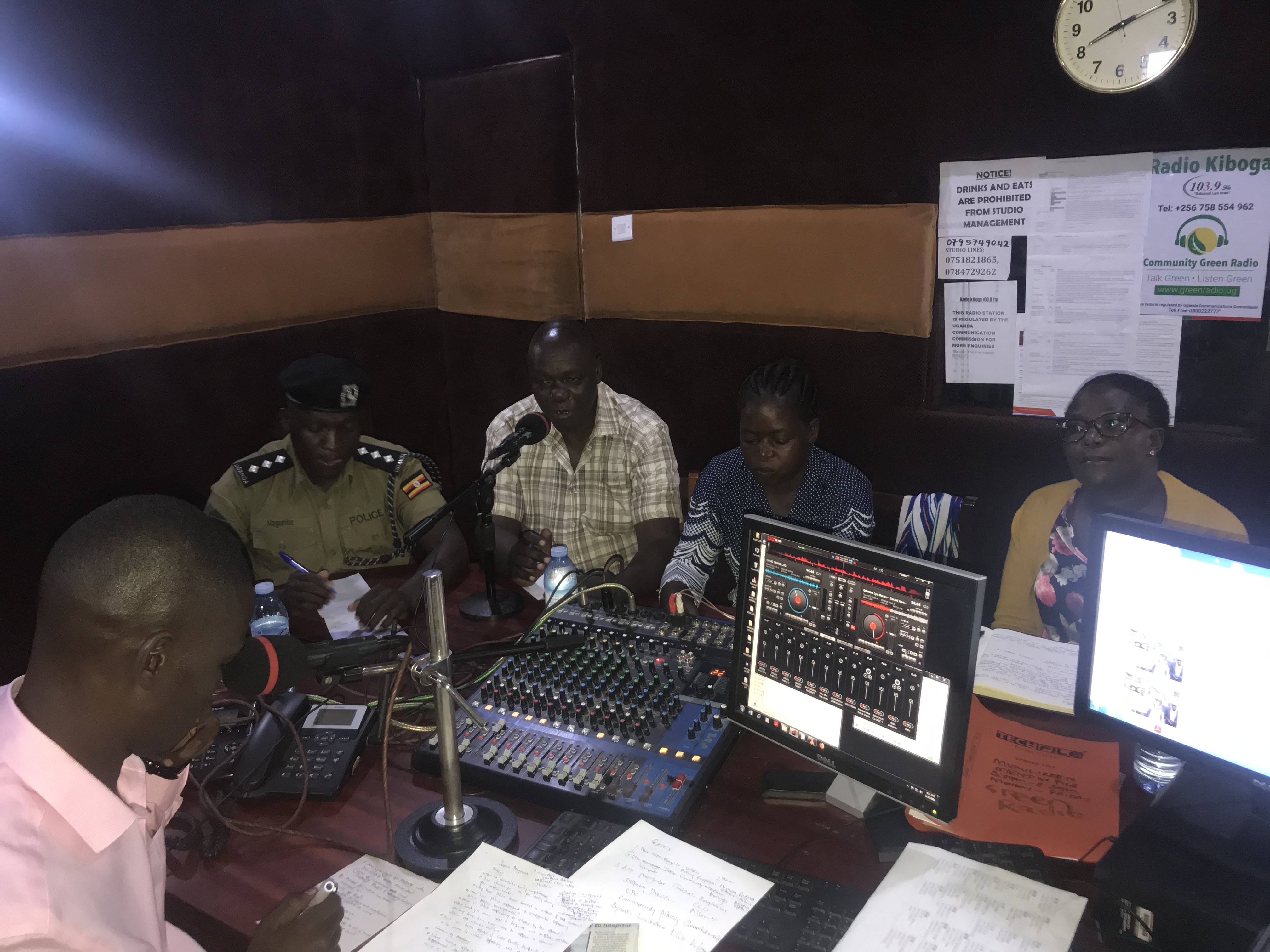 Human rights activists have asked the security operatives to respect human rights as measures are being enforced to curb the spread of corona virus.
The Human Rights Officer at Uganda Human Rights Commission (UHRC) Hoima Regional Office, Hope Bagota said the commission has received many complaints of human rights violations during the period of COVID-19. She said the commission is currently investigating cases of torture by security agencies and other human rights violations so that the victims get justice.
Bagota explains that the respect of human rights is enshrined in article 221 of the Constitution of Uganda and security agencies should work in line with that.
“Human rights such as right to fair hearing, freedom from torture and others cannot be taken away by state or any other person at any circumstance,” she explained.
This was during the radio talk show on Human Rights that was held at Community Green Radio Kiboga and organised by National Association of Professional Environmentalists (NAPE) with support from Fund for Global Human Rights on May 21.

Others that attended the radio talk show included ASP Francis Magumba, the Community Liaisons Officer for Albetine Region, Surgent Lawrence Byansi, the Community Liasons Officer for Kiboga Central Police station and JescaNanyondo, a community member from Mulagi Sub County in Kyankwanzi.
During the show, many listeners accused securing officers of harassment and use of excessive force during the lockdown.
“LDUs always ask for evidence from pregnant mothers on whether they are pregnant, women in early stages of pregnancy have had rough time explaining this,” said Mildred Atuhaise from Kasanda district.
“Why do you have to wait for the COVID-19 curve to flatten for the human rights perpetrators to be charged before court yet they continue to abuse people’s rights,” Annet Kengonzi from Kaiso Tonya in Hoima district asked.
Jesca Nanyondo also mentioned that in most cases women have been the victims of torture during the lockdown and curfew due to their traditional roles of providing food and care for the families.
“Sometimes women are caught up when they are from looking for food or medicine for the children. However, it has been hard explaining some of these cases to police officers on duty,” she noted.
In defence, ASP magumba said people have misinterpreted the presidential directives and they sometimes provoke security operatives.
However, the Human Rights Officer, Bagota said all these cases, backed by evidence, should be reported to the commission so that they can be followed up.
Nanyondo appreciated the show and called upon NAPE to organize more talk shows so that people can have a better understanding of their rights and have interactions with security operatives and human rights activists.
Joan Akiza, the senior Gender and Legal Officer at NAPE noted that rights of vulnerable persons such as Persons with disabilities, women and children should be protected and it’s sad that mothers are dying as they walk to health facilities due to the ban on public & private transport. She promised to organize more talk shows aimed at sensitizing communities on how they can enjoy their rights during the covid-19 crisis.
In the recent press briefing, the Acting Chairperson UHRC, said the commission had so far received 128 complaints of human rights violations, some of which are the cases of torture by security agencies.