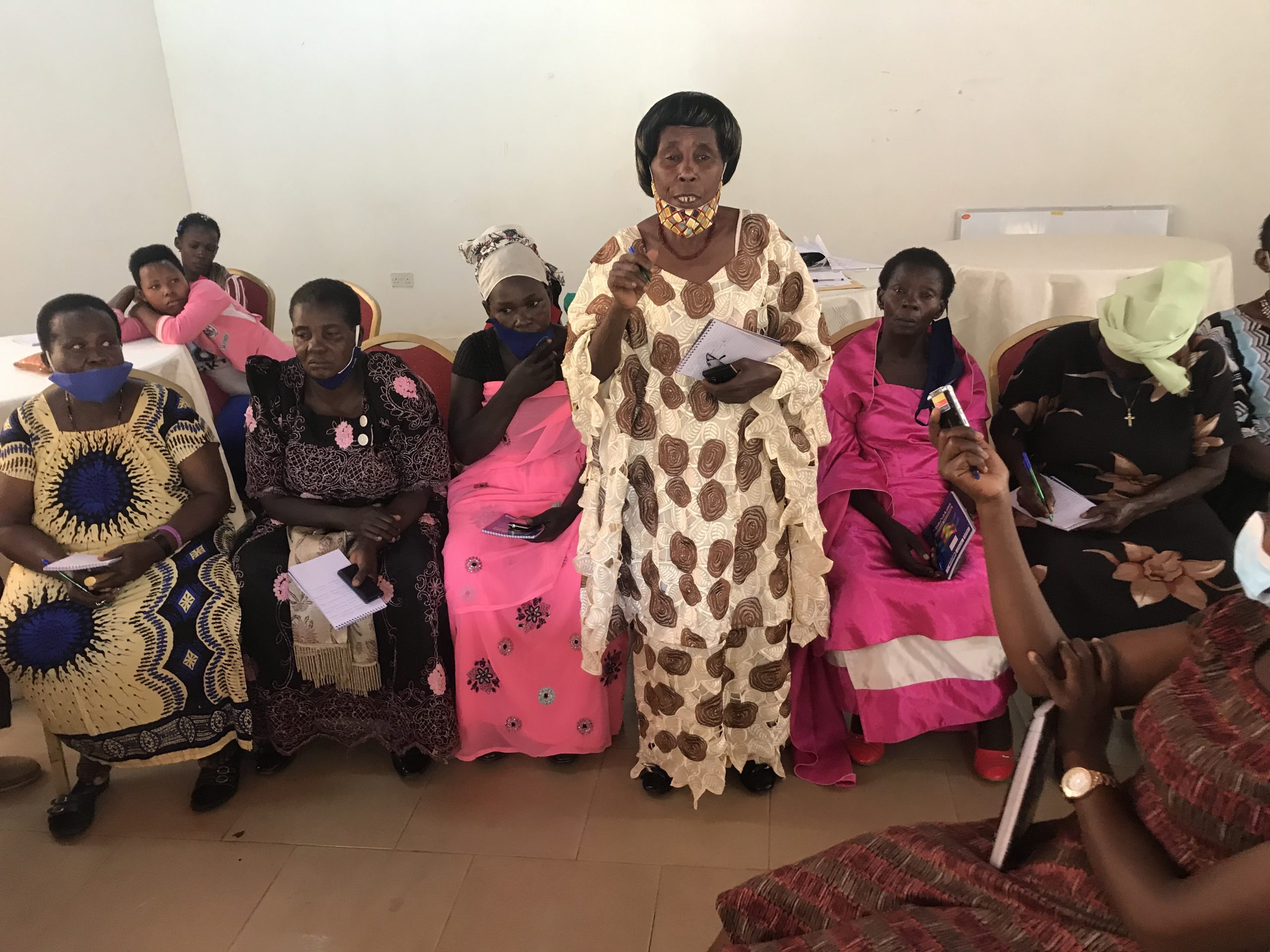 With the aim of promoting knowledge transfer and learning on land and domestic conflict resolution, National Association of Professional Environmentalists (NAPE) held an intergenerational dialogue for women and men in mediation under Local Peace Committees and the young generation in Kikuube district.

The dialogue tackled causes and solutions to gender based violence and land conflicts through panel discussions, group work and storytelling led by women and men in 50s and above to the young people.

Some of the causes of land conflicts that were raised during the dialogue include lack of knowledge on land rights, cohabiting partners, increasing population and development that has put pressure on land which has fuelled land grabbing, lack of land titles and failure to make wills for the land transfer by elders leading to conflicts.

“A woman buys land with the husband but he keeps putting the land in his names excluding the wife. When conflict arises, a woman loses it all due to ignorance on her land rights,” said Doroth Mwaakali, 62, a member of Land Committee from Kyangwali Sub County in Kikuube district.

They advised that people should endeavour to secure land and their titles to be safe on the land, make wills to protect their family from land conflicts and also get more knowledge on land rights especially women.

On gender based violence, they raised some of the causes as poverty, lack of patience in marriage, drug and alcohol abuse and lack of preparation when joining marriage.

“These days, the young girls don’t prepare enough for marriage. And when they interface challenges like alcohol abuse and poverty, they are not patient enough. On the side of young men, they don’t want to work yet they want money for alcohol and drug abuse,” said Onzima Alozyous, the 62 year old member of Local Peace Committee in Rwamutoga village in Kikuube district.

They called upon the young generation to always focus on making their life better before they rush for marriage.

Joan Akiiza, the NAPE’s senior Programme Officer Legal & Advocacy said NAPE is using intergenerational learning as an innovative way of transferring knowledge to the young generation so that they can be change agents of peace building and conflict resolution.