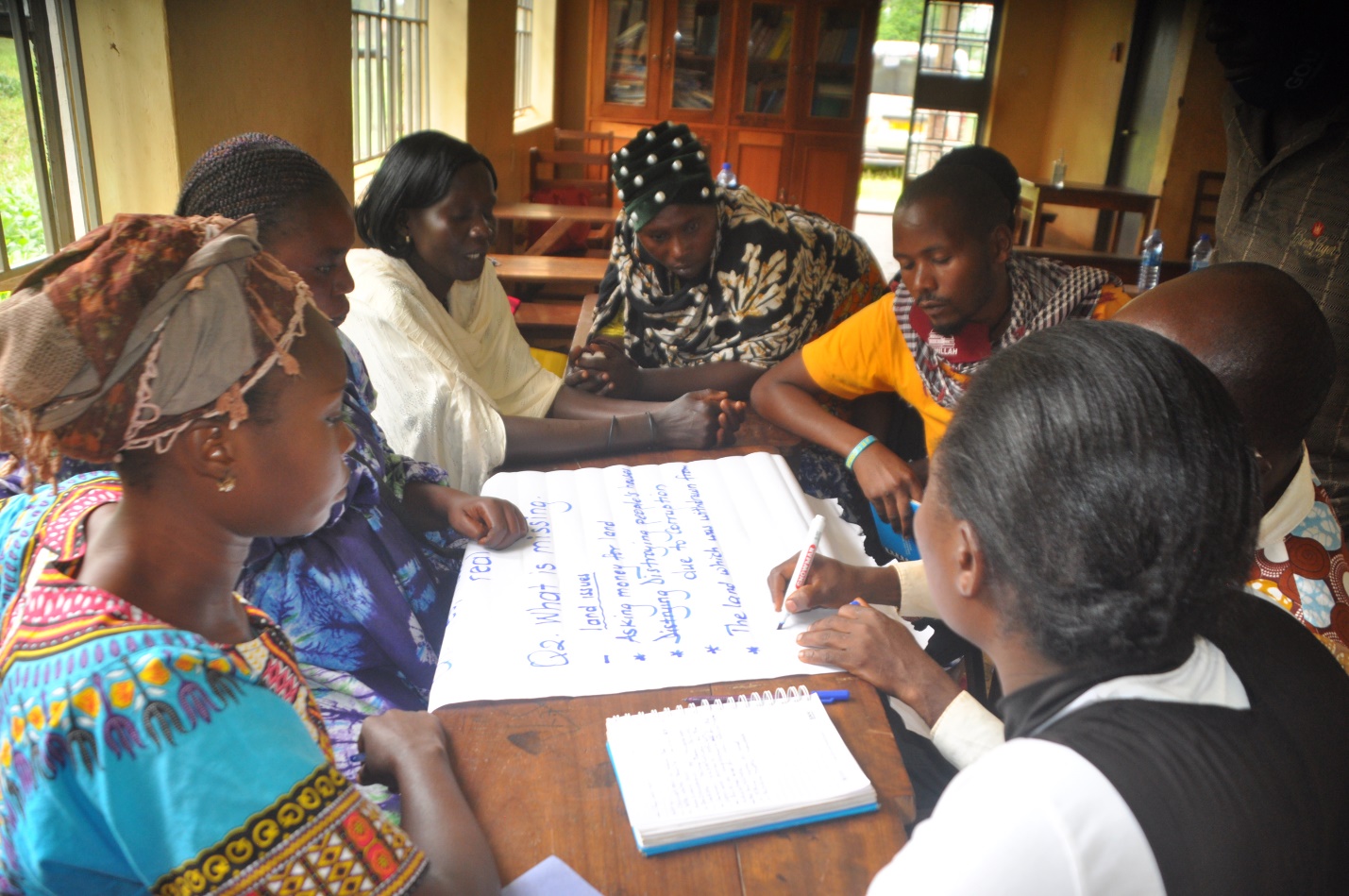 District leaders in greater Hoima district have promised to conduct a dialogue aimed at addressing the conflicts facing communities in Internally Displaced Persons (IDP) in Kijayo and Refugee camp in Kyangwali.

The LCI chairman for Kijayo village, Edward Tumusiime said the internally displaced people in Kijayo camp have continued to conflict with Hoima Sugar workers over water, land and access roads despite reporting the matter to relevant authorities.

“Our access roads have been destroyed with molasses from Hoima sugar factory, the water sources are all contaminated with molasses. We have no access to water as women and girls have to walk long distances to find safe and clean water. We have dragged Hoima Sugar Ltd to court seeking for justice for our land but the courts haven’t given any ruling on the case. Why have leaders abandoned us?” said the Tumusiime.

Ms.Harriet Kemirembe, another resident of Kijayo camp asked the district leaders to reach on ground to understand the challenges people are going through.

In response, the Kikuube Chief Administrative Officer, Moses Kapoloni said he will call for a meeting involving the affected people, the district leaders and Hoima Sugar Limited to have a discussion on peaceful co-existence. He said natural resources should be shared equitably since they are for all.

“It is unfortunate that people in the camp are facing such violations. I had sent the Environmental Officer to discuss the water contamination issue with Hoima sugar limited and I thought the issues were resolved. But since it has persisted, we shall have a dialogue immediately after swearing in of district political leadership involving all the district leaders, Hoima Sugar Limited and Kijayo camp residents so that we can forge a way forward together. Meanwhile, the area chairperson should write to me officially over the contaminated water so that I handle this immediately,” he said

In Kyangwali, the refugees decried conflicts over land, sexual exploitation and corruption in accessing health services calling on the district leaders to meet the Officer of the Prime Minister over the matter.

“It’s hard to access health services or get employment opportunities without money. If you are a lady, they want to first sexually abuse you. Limited resources like money and land have also become the center of gender based violence. All these need redress with the intervention of the district authorities,” Ms. Margret Angelic a refugee in Kyangwali said while presenting issues of Kyangwali.

Kapoloni said he will investigate the issues and address them with OPM immediately.

“Issues of sexual exploitation and corruption should be reported, they are criminal matters that cannot go unpunished,” he responded.

Joan Akiza, the NAPE Lawyer and Project Officer for the 2 year project on conflict prevention said such interfaces with the authorities help the affected people to seek redress on issues affecting them. She said the approach of the project is dialogue and mediation to ensure peaceful co-existence of all persons in these camps.

She said NAPE will follow up and organize the dialogues so that the issues raised are addressed and communities continue to live peacefully.