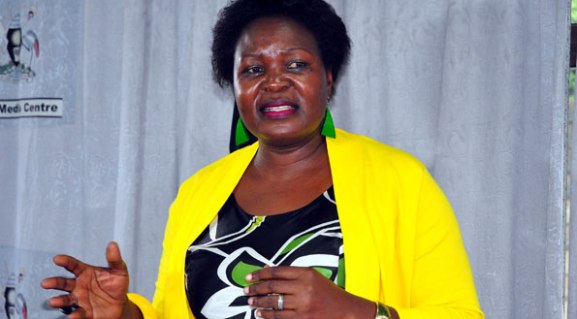 Minister Nankabirwa made the remarks in June while appearing on the Community Green radio’s Akatuuti show during the time designated for the Resident District Commissioner, RDC (President’s representative in the district).

The minister pledged moral support to the radio in its endeavors to cause positive change in the area.
Community Green radio has, since its inception, been providing space for government officials to share with the listeners on the available government programs. It is through such engagements that the listeners find an opportunity to seek for accountability from public office bearers.

Government officials share vital information in regard to various programmes aimed to uplifting the social welfare of women, youth, elderly and the general public.

Already, the radio has hosted Gender and Social Development minister Janet Mukwaya and other government dignitaries.