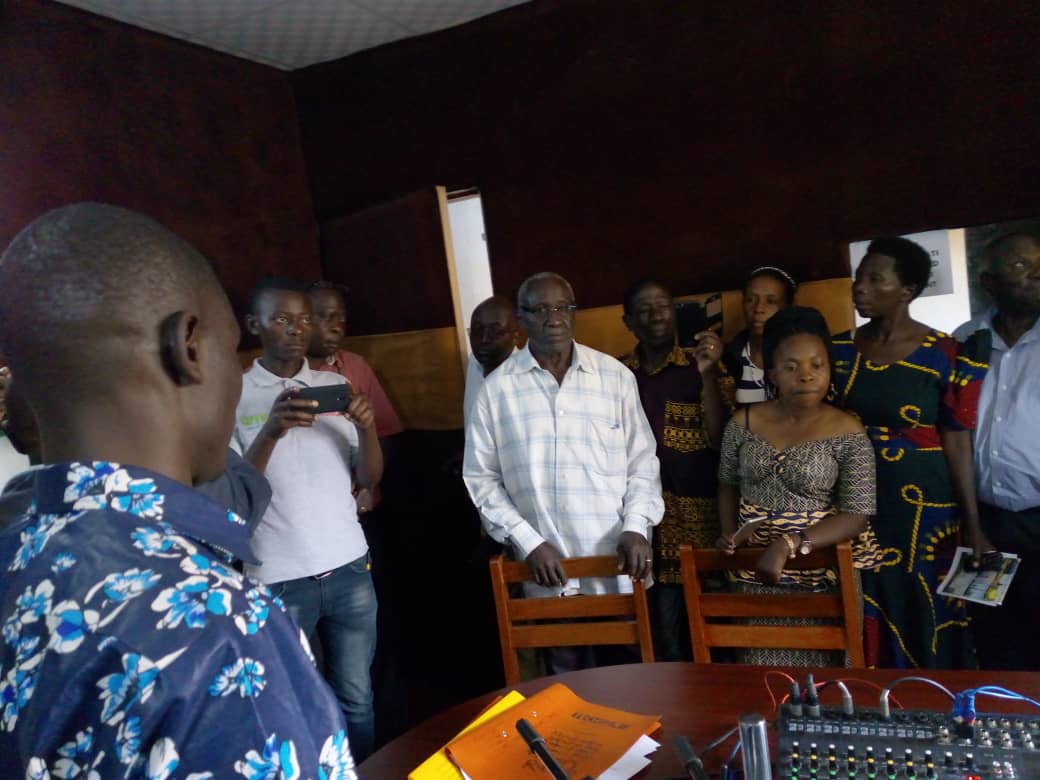 In studio of Community Green radio Kiboga sits three women from Lwamata Sub County in Kiboga District. They are members of Lwamata Community Green Radio listeners’ club. They are all smiles as they describe how they slowly formed a listeners club.
“The idea of forming a listeners club arose out of the various educative topics that were being aired on Green radio especially of income generation and livelihood improvement”, narrated Ms.Jannat Kengonzi, the secretary for mobilization of the club.
Ms. Peace Kagogobe, a member of the club has high hopes that the club will transform their lives. “We are certain that we are not going to remain the same. The few exchange visits we have had to Kikuube (Butimba Listeners’ club) and Kihagya in Hoima have already opened our eyes”, explained.
Ms. Ramulah Namiranda said it was a dream come true to appear on radio. She said the radio has brought her to working with other community members on projects that benefit her as a person, her family and the community in general.
“I was introduced to this kind of radio by Ms.Kengonzi. I have never turned since then and I’m eying big things with this kind of interaction”, explained Ms. Namiranda.
The members made the revelation during an air show on “Akatuuti” program on Community Green radio. “Akatuuti” program is a topical daily show that runs every evening for an hour and discusses various topics in spheres of social, political and economic aspects of society. The members had appeared on the radio to share on their experience with working with the radio especially through listeners’ clubs.

Lwamata Listeners’ club is one of the newly formed clubs in Kyankwanzi and Kiboga districts. The radio now has over fifteen clubs in Hoima, Kikuube, Buliisa, Kyankwanzi and Kiboga Districts. Listners’ clubs are listeners’ groups through which listenrs participate in daily radio programming by raising issues that affect their communities, share experience and listen to the radio together.