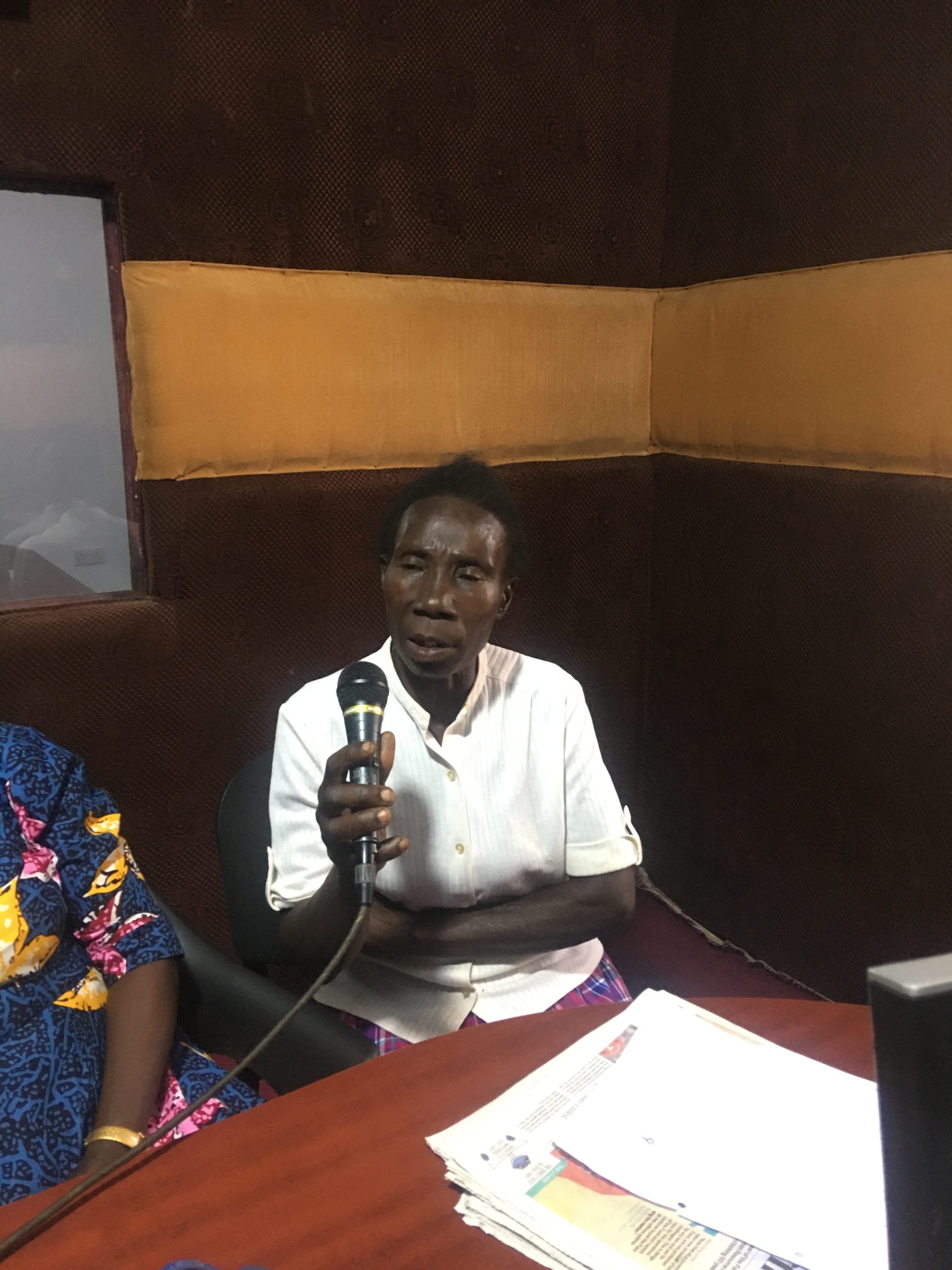 At 63, Mrs. Teopista Nakamanyiro, a widow and a resident of Kiyuni village in Kyankwanzi district was sure that her 3 acres of coffee would sustain her livelihood in her old age.

She narrates that in a good harvesting season; she would earn a minimum of 3,000,000 Ugandan shillings throughout the season. But this retirement plan was cut short in February 2022 when the graders and excavators razed down her coffee plantation that has sustained her livelihood for years.

Nakamanyiro is among over 300 families whose gardens were destroyed following a forced eviction in Gayaza Sub County in Kyankwanzi district.

The affected residents are from Kyerere North, Kyerere East, Kiyuni central, Kiryajobyo west, and Kibanda villages. They are feuding with Linda Nyakairima, the widow of the late Internal Affairs Minister Gen.Aronda Nyakairima who is alleged to have fraudulently acquired a title for the land measuring about 5 square miles.

In July last year, Ugandan President Yoweri Museveni promised to compensate Linda so that people will get back their land. The president’s message was delivered by the Minister of Land, Housing and Urban Development, Ms. Judith Nabakooba who visited the affected residents and also assured them of compensation of their destroyed crops.

However, the process of compensation seems to be slow yet the affected residents are in dire need of food.

“When we tried to follow up, the Minister told us that the president gave an order without readily available source of money for compensation. This left us in confusion. This means that the people will not get back to their land soon yet they have no food,” said Leosam Sebalunzi, the LCIII Chairperson for Gayaza Sub County.

Dr. John Mpuuga, the Kyankwanzi LCV chairperson said, “Minister Nabakooba delivered President’s message on compensation without verifying the source of money. She raised the false hopes of the affected residents who are currently languishing in starvation and lack of livelihood.”

Dr. Mpuuga said the government should expedite the process of compensation so that people go back to their land.

In December 2022, during her visit to Kiboga, Nabakooba noted that the issue of compensation is being handled by the president’s office and will soon be sorted.

Affected residents at the verge of starvation

The graders and excavators destroyed the crops including banana plantations, beans, maize, mangoes, cassava, coffee, jackfruit and rice planted by the residents.

“From the time our crops were destroyed, I am struggling to feed my children. Though the gardens were destroyed, the houses were left untouched. So our houses are surrounded by crops of people hired to till the land. And this is tempting. You cannot stop a hungry child from stealing maize planted in your compound. This leaves me in fear of being arrested,” said thoughtful Nakamanyiro.

Gayaza LC111 chairperson, Leosam Ssebalunzi said the residents are struggling to survive without food. He notes that they were denied access to their gardens by the soldiers who were deployed on the disputed land and outsiders who were hired to till the land.

He called upon the government to supply them with food and other basic necessities as they wait for the compensation.