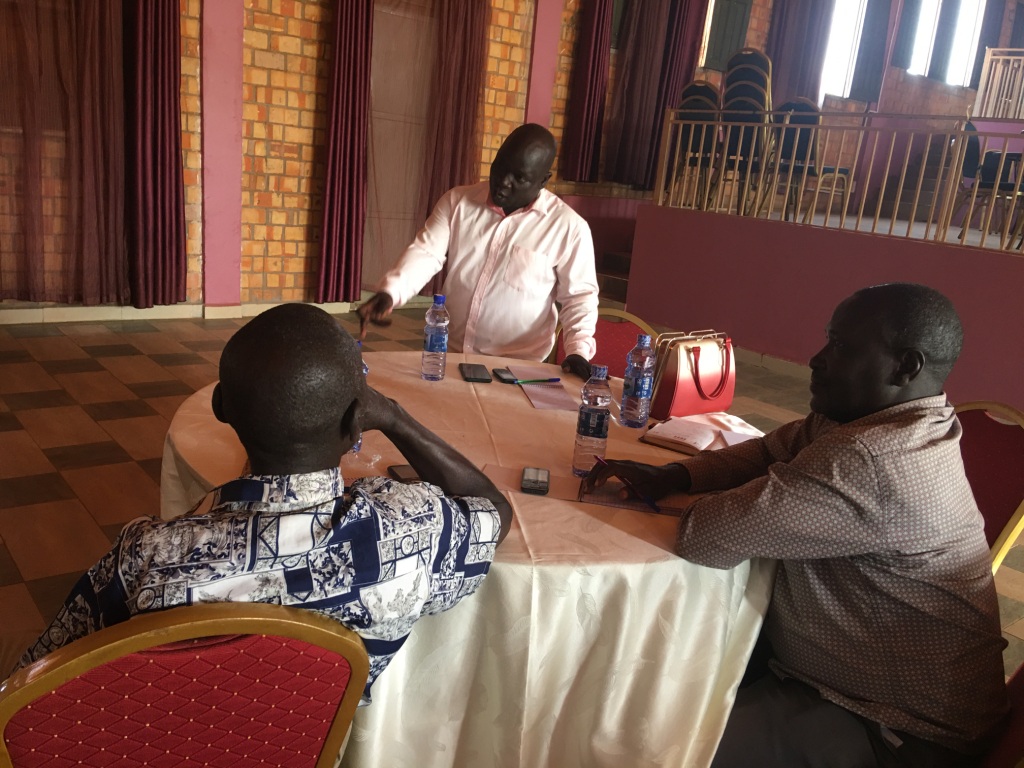 For the past seven years, residents of Rwamutonga village in Kikuube district have been traveling back and forth between Hoima and Masindi seeking justice for their land in the High court.

The residents, who still carry the trauma of August 2014 forceful eviction that woke them up with gunshots and teargas and left them homeless to pave way for a US based oil waste treatment plant, have not yet got good news in any of their trips to court on the  status of their land ownership.

According to the Bugambe sub county speaker, Nelson Atich, over 200 affected residents were, before eviction, living on the land for years without any legal document. However, two businessmen; Robert Bansigaraho and Tibagwa Joshua processed and included the residents’ land in their illegal land title after getting a deal with the waste treatment plant.

After eviction in 2014, they stayed in the camp for internally displaced people for about two and a half years. However, in early 2017, court declared the eviction unlawful and they returned back to their land while waiting for a court ruling on the ownership of land.

On 8th March 2022, during a dialogue on land issues that was organized by National Association of Professional Environmentalists (NAPE) for the Rwamutonga evicted people with the Area Land committee, District Land Board and the local leaders, they identified the postponement of court dates, lack of enough lawyers for legal representation and lack of transport to facilitate their travels to the high court in Masindi as some of the major setbacks in obtaining a justice over their land.

Lucy Ongera, one of the affected people says the court case progress is slow and most of them can no longer afford transport to Masindi court to follow it up. She says their hopes are in their court representatives and they have fear of losing their land again.

Atich, blamed the then area land committee and the Hoima district land board for having not done enough to protect the residents who had no land titles leading to the two businessmen, Robert Bansigaraho and Joshua Tibagwa to enclose them in their land title.

Alice Nyangoma, the former member of Hoima district land board said corruption, lack of funding and failure by area land committees to conduct field visit have fuelled land conflicts as rich people connive with the committee members to take advantage of innocent people with no land titles.

She said the local communities still lack enough sensitization on land tenure security and hailed NAPE for the dialogue. She advised people to endeavor to process land titles to be secure on their land.

Joanne Akiiza, the NAPE Senior Gender and legal officer says article 237 of the constitution states that land belongs to the citizens of Uganda and Article 26 protects the right to own property either individually or in association with others like people who hold land communally.

She notes that the land tenure recognized in Uganda include customary, freehold, lease and Mailo land.

She, however, noted that the oil influenced land injustices in the oil region  has led to lack of respect for customary land owners as land grabbers illegally process land titles.

She called upon the area land committees and district land boards to ensure that they help the local people in protection of their land against land grabbers and also urged the residents of Rwamutonga to be interested in getting updates for their case and following up court proceedings.