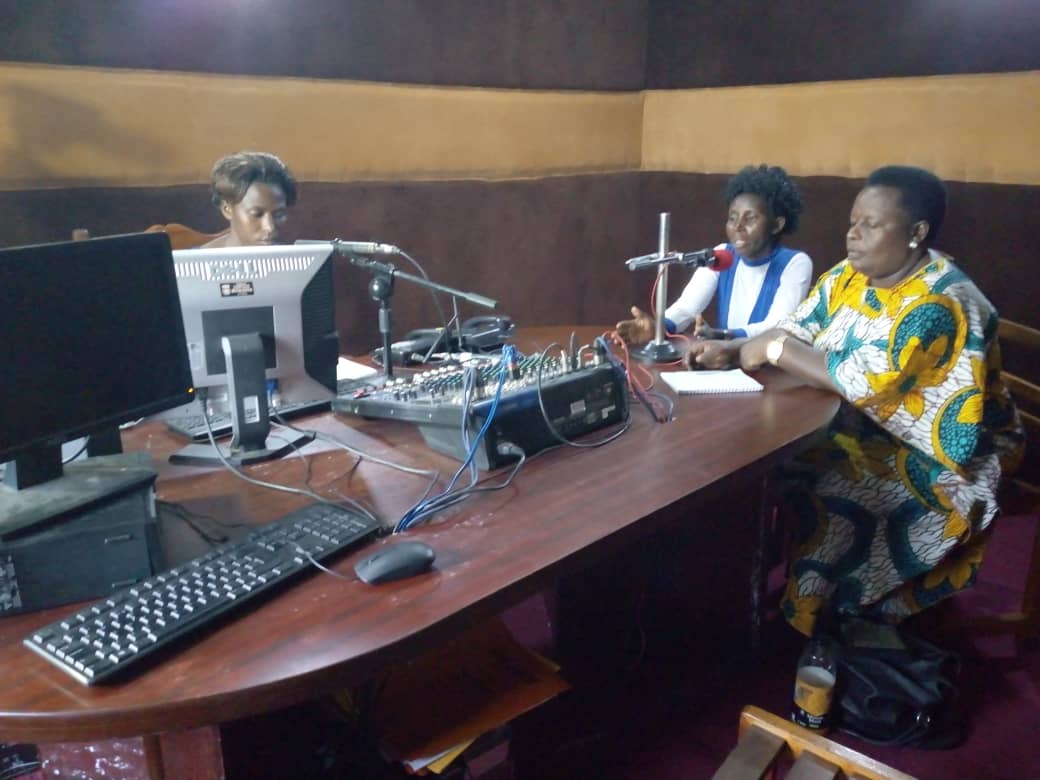 Women in Hoima and Kikuube districts have called on government to come up with stringent measures of protecting Bugoma Central Forest Reserve against massive destruction.
The forest is currently threatened by massive encroachment for cultivation, timber cutting, charcoal burning and lumbering. This contributes to about 100,000 hectares of forest cover that Uganda loses every year.
While appearing in Nyinabwenge – Women’s show at Ugandan Community Green Radio in Kiboga district, Beatrice Rukayanga, the National Steering Committee member of Rural Women’s Movement and the Chairperson of Kwataniza women’s group in Hoima said continued destruction and change of use of the forest will affect the climate and water sources. She notes that this will largely affect women since most of them heavily depend on natural resources for their livelihood.
“The forest is important to everyone but most importantly to rural women who are farmers and derive their livelihood from agriculture,” she said.
Rukanyanga notes that continued destruction of the forest when Uganda is heading towards production phase of the oil in the region is uncalled for since it would be crucial in absorbing the toxic gases that will be originating from oil waste.

Mbabazi Aidah, Member of Kaseeta Collaborative Forest Management group says communities adjacent to the forest have for long protected and supported the conservation due to its benefits. She expresses concern that letting it away to encroachers frustrates the conservation efforts by the local communities.
“We have for long taken part in protecting the forest against timber cutters by acting as whistleblowers. We are also taking part in massive tree planting around the forest. We are frustrated by the government officials who offer land titles in the forest and also allow sugarcane growers to frustrate it,” she decried.
Mbabazi said women are already faced with climate change challenges like drought and change of seasons which have affected them economically and further destruction means women will continue to suffer.
The women are calling on government leaders to support the conservation efforts by the local communities and also put up strong measures to conserve it for good.
Rukanyanga said it’s high time women teamed up to fight against climate injustices which are leaving women in untold suffering and force government to take action on protecting the forests.
“ As rural women’s movement we are coming up to fight injustices such climate and land injustices, that’s why we need more women to join us in the struggle,” she noted .

Responding to some of issues raised, Stuart Maniraguha, the Director for Plantation Development in the National Forestry Authority says NFA is already partnering with development partners to restore part of Bugoma forest. He says he supports women organizing to fight against forest destruction; which is one of the core objectives of NFA.
“We are working hard to ensure that the forest is protected. We have already partnered with United Nations High Commissioner for Refugees-UNHR to restore about 100 of the 150 hectares of the degraded forest land,” he said.
The Nyinabwenge show which was held on 17th August was looking at “How Bugoma Forest Giveaway to pave way for sugarcane growing affects women and how women can take part in protecting the forests”.
The show was also being filmed by Thomas Lenta, a journalist from Mongaby Media Services.
Lenta said he was interested in the show due to its unique nature of giving a platform to women express themselves and to talk about the issues affecting them.
Nyinabwenge show that runs every Saturday from 17:00 to 19:00 is a gender program which gives women platform to discuss issues affecting them and also contribute towards development of the society.